Is university still worthwhile in this new, Coronavirus blighted world? 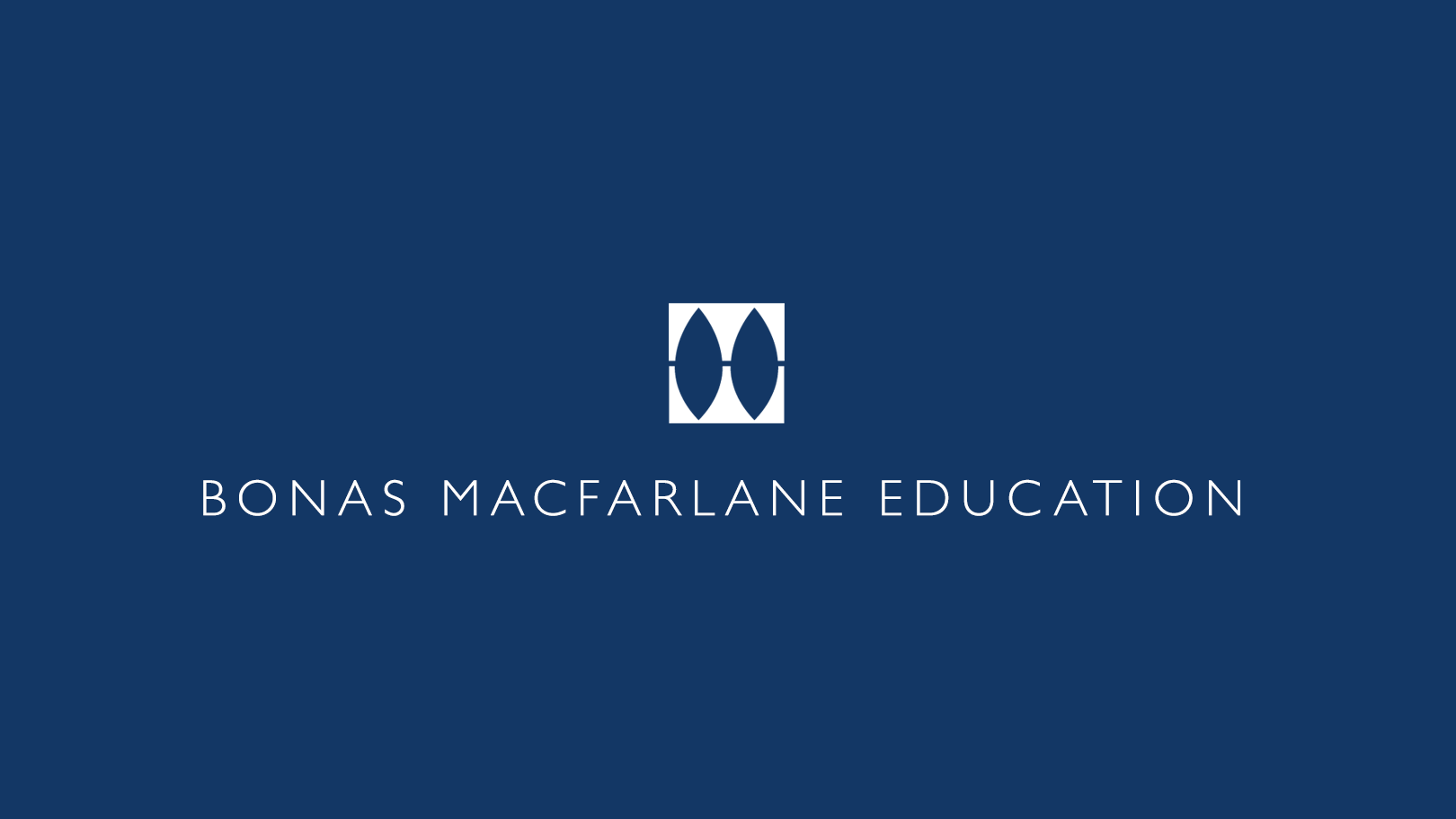 Imagine this… you slaved your way through the relentless pressure of GCSE’s and A Levels, spent hours freezing on a hockey pitch, shocked everyone by reaching Grade 8 with some pretty questionable violin technique and survived an unnervingly odd cookery residential which you were told was essential to your Gold Duke of Edinburgh Award… Later, you nailed the subtle nuances of a UCAS statement that was both personal and profound, flattering yet humble. You’ve done it, you’re leaving home, flying the nest, off to a limitless future that is yours for the taking… except you’re not… you’re in a Zoom waiting room with the rest of the Class of 2023’s untimely incoming Freshers…

Sadly it doesn’t take much imagination as this is the reality facing this year’s university applicants hoodwinked out of a ridiculous first term of parties, new friends and wide-eyed fun. Without these hard won rites of passage and with the prospect of glitchy lecturing, awkwardly constricted to the parameters of our screens… is there much point still ‘attending’ university? If this unexpected (I refuse to say unprecedented) predicament now applies to your child then (and apologies for trotting out another of the government’s most overused pandemic phrases) you are not alone.

Will the next academic year at university be the same? 100% no. It cannot be. Should they still go? Categorically yes.

Allow me to explain why. First off, let me manage your expectations. I do not claim to possess any prophetic skill and although we share a surname, Sir Patrick Vallance is not my Dad, hence I am privy to no insider information. Yet it is my suspicion that a recovery will come sooner than expected. Last month Cambridge spearheaded the move to online tuition and other Universities are predictably following suit. I don’t believe this will be a permanent move. Although there are some clear advantages. My own Land Law lectures would have been substantially more palatable had they not mercilessly began at 9am following another raucous night out. The ability to pause and rewind would have also been incredibly useful when a professor muttered another intricately complex legal theorem. So perhaps for a short period only, lectures will suit the students timetable and learning style at the sacrifice of the small amounts of socialising we crammed in en route to our seats (I soon found that chatting during lectures themselves was the quickest way to be hated by both the lecturers and my more conscientious peers).

My general impression of the human spirit suggests that anytime we feel something has been taken from us we overcompensate to make up for it. Did you see the queues outside Primark when it reopened? Why anyone would queue for a £1 thong in a global crisis is beyond me, but hey, whatever gets you through. In a less déclassé example, the Roaring Twenties directly followed the Spanish Flu Pandemic of 1918 so we may well find this pent up need to party like it’s ‘99, results in the time of their life when they finally are released into the wild night.

Compounding this hope is the fact that universities themselves are fiercely competitive, it is not in their economic or reputational interest for students to have a bad time. They will be keenly aware of the limitations of remote classes and I expect them to work hard to make up for these shortcomings. Perhaps tutorials will continue in person, welfare provisions will be enhanced, socialising in small groups will be enabled and encouraged.

Furthermore university towns rely on students to frequent their bars, restaurants, clubs and shops so for the sake of our battered economy and the thousands of associated jobs, they will want the students back in person, posthaste, stealing traffic cones and singing songs about tea drinking penguins as they meander home at 3am.

I’d like to caveat my argument thus far with the exemption of one demographic who I think would self-identify quicker than they would self-isolate. If your child is not academically inclined, if every essay has felt insurmountable and you doubted whether they would emerge from an exam hall alive, then this Corona-induced situation is the strongest get-out clause imaginable. With remote learning, excruciating tuition costs and an especially volatile graduate jobs market converging to form an unholy trinity, never has the pursuit of a vocation seemed as strong a prospect. One of my least academically successful friends is killing it as a personal trainer… and although I doubt she would regret one second of her three years spent drunk at Bournemouth, her degree has not aided her lucrative career enough to justify the time, (mild) effort or expense.

If you were questioning your child’s fit for a traditional university long before Wuhan’s wet markets hit the news, then this is the perfect time to reassess. Talk to them. When do their eyes light up? I can guarantee there is a course or apprenticeship to match whatever sparks a fire, no matter how esoteric or useless it may seem. Did they bore you with the minutely detailed analysis of their new Topshop skirt? London College of Fashion. Are they so obsessed with Call of Duty that they haven’t left their room in weeks? The Marines. (Or perhaps Games Design at Staffordshire University dependent on athletic ability). Have they neglected their coursework because they are in an electro-pop band? Brighton Institute of Music. Do they like money but are hopeless at time management? We need more electricians and plumbers. Be the coolest parents ever: allow them the liberation of choice, it will serve them better than having to dogmatically adhere to the accepted narrative of the conventional epistemic path.

I must now attempt to be ‘woke’ enough to check my own privilege: I do not underestimate the substantial financial commitment of a degree, exacerbated by the lack of Covid fee reduction, when the finances of so many are under strain. If you can afford it however, I think the cost: benefit ratio still pays dividends. Whilst the UK may suck at virus control, it excels at further education. Our institutions are some of the oldest and greatest in the world and I would urge anyone considering studying here from abroad to not be put off by the political blunderings that have caused international embarrassment.  Much research is done into the value of a degree. Some is easily quantifiable: job opportunities, increased salary potential etc. Others are less tangible but arguably more important: friendships, living away from home, the expansion of one’s horizons. To be surrounded by bright, creative young minds is endlessly inspiring whether you are deconstructing psychotherapy in a seminar or drinking in a pub (still discussing Freud, possibly).

Both the opportunities offered during your degree and those resulting are amplified. On graduation I was flukey enough to be offered a job at Channel 4, a place on the BBC’s grad scheme and a place at drama school. In the final interview stage of all three, the panel were only ever superficially interested in my Law degree. What they all wanted to talk about instead was the play I had written, produced, directed and starred in, in my final semester when I should have been balls deep in the Law library. Children of the Underworld was a study of mass hysteria, a collection of dark tales and scenes that I staged in promenade at night in a brutally cold February. It was the first time a play had taken place outside the theatre but I just saw too much atmospheric magic in having my actors set their stories amongst the misty lake, woods and eerily magnificent buildings standing proud against a real life backdrop of stars.

Running around a frozen campus donning a long coat yelling ‘follow us, but take care, the ground is treacherous underfoot’ to the shivering audience my audacity had just endangered, like some Dickensian Russell Brand, directly translated into running around a muddy field with the BBC at Glastonbury yelling stage times at Ed Sheeran. I could not be more grateful for either of these experiences and the many, many more.

It is true that the greatest creativity is born from pain, that humanity progresses because it has to solve problems and the solutions generated don’t just push us beyond the problem, but on further. We are adaptable because we have to be, university life must continue because life has to continue. It may be a lighter experience for 6 months or so, but your time at university enriches your full life, not just the 10 week terms it occupies. It is greater than the sum of its parts. It endures: the knowledge, those places, the people, they echo down the corridors of your life, long after the books are shut, the caps flung and that joyous orange traffic cone has been returned to its rightful place on the newly quietened, the temporarily quietened street.